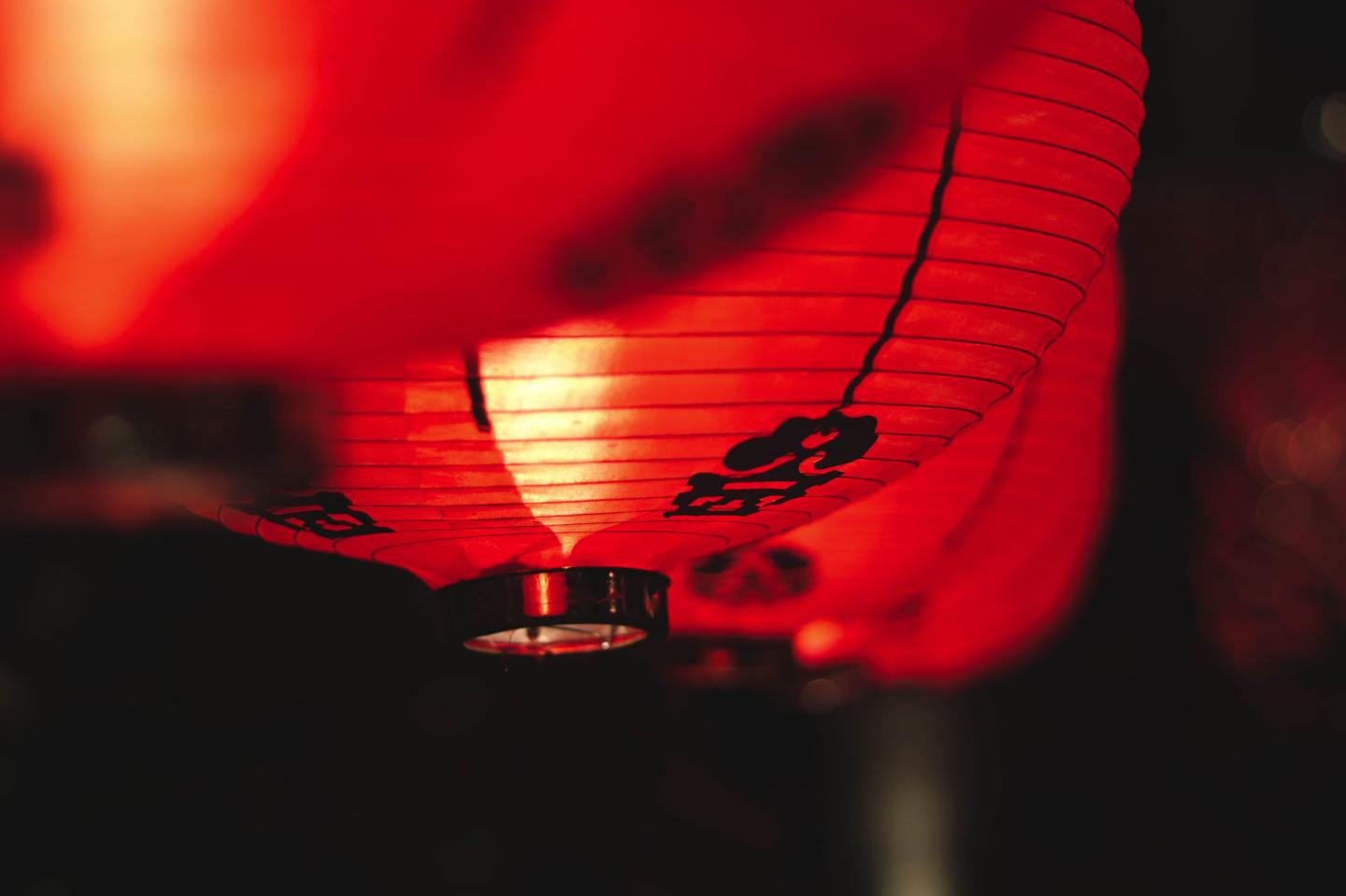 The Asian Way of Using EQ and Paradoxes in Leadership.

“When you learn something from people, or from a culture, you accept it as a gift, and it is your lifelong commitment to preserve it and build on it”.  – Yo-Yo Ma.

Leaders who are able to use emotional intelligence ( EQ ) are a big resource in todays organizations. They are able ( in some way ) to understand and listen to their employees with an open eye and heart.

In this paper I have chosen to look into Asia and the leaders use of EQ and see if there is a difference to the Western world.

Sebastien Henry, has written the book : “EQ and Leadership in Asia”. This book provides business leaders in Asia with the keys to using emotions as allies to face their practical leadership challenges. S.H. has been training professional coaches in Hong Kong and Shanghai since 2007 and has developed the “Inspire” program, a leadership retreat for senior leaders conducted regularly in South China.

We live in one world but has to adapt to different cultures and environments. Still we are people with feelings and wishes for a good life, both in the private zone as well as in the organizations.

When the author is talking about emotions he refers to them as colorful, vibrant, often surprising, and what matters most for a leader – immense resources when it comes to leading people. S.H. “Emotions are like the weather: they are always around, and they always change. It requires some particular skills to handle them”.

Let us have a closer look into why emotional intelligence is particularly crucial in Asia.

Sebastien Henry, tells us that emotional behaviors are not common to encourage in Asian cultures, including the Japanese and Chinese cultures. However, because emotions are not expressed, that doesn’t mean they don’t exist, the opposite might be true. Here  S.H. gives us an example: “imagine someone on your team feels that he has been treated unfairly. Outside Asia, chances are you will hear about it soon, or at least you will see enough signs to be able to figure it out. But in Asia, it is likely that you will get fewer signals, and that each of these signals will be weaker than what a Western counterpart would send”.

The Asian will express his frustration to his spouse, friends and maybe some colleagues. S.H, “But none of these waves will reach you, and the frustration may be brewing for months without you having the slightest clue about it until the overt symptoms grow big enough for you to see: decreased engagement or quality of work, or a resignation letter on your desk”.

When Goleman is talking about people coming together to collaborate, whether it be in an executive planning meeting or as a team working toward a shared product, there is a very real sense in which they have a group IQ, the sum total of the talents and skills of all those involved. He say: ” The single most important element in group intelligence, it turns out, is not the average IQ in the academic sense, but rather in terms of emotional intelligence. The key to a high group IQ is social harmony. It is this ability to harmonize that, all other things being equal, will make one group especially talented, productive, and successful, and another – with members whose talent and skill are equal in other regards – do poorly”.

Each individual can be compared to an iceberg, here S.H. refers: “How to read people is not always easy, above the surface is what can be seen, but below the surface is what can’t be seen”. What we can see in others is what they do ( behaviors ), say ( in our hearing ), and the way they move ( body language ). There are far more we can not easily see such as, thoughts, values, beliefs and emotions. S.H; “Keep in mind that you, as a leader, are an iceberg too”. We are also surrounded by other icebergs in the organization, your peers, team members, and bosses. If you don’t find out what is going on below the surface, you may run the risk of being presented with bad surprises.

Talk is a voyage with a purpose, and the purpose must be charted. A person who starts out going nowhere usually gets there.  Dale Carnegie.

S.H. explain us that having high emotional intelligence is not about being nice and sweet. The key is about doing what people need. When expressing anger you can do it in a more resourceful way, and setting clear boundaries about what is acceptable and not.

What is the Asia’s way of contribution to EI, S.H. add: “In particular, Asian thinking has developed an art of dealing with paradoxes that Western thinking has just started to integrate and appreciate. Obviously, the art of handling paradoxes was not pursued for the sake of developing emotional intelligence”. Still, this particular side of Asian culture can be seen as a major contribution to the field of EI, so it’s worth a closer look.

S.H. refers to Dao De Jing, usually translated as “The Way of Tao”. However The Way of Tao doesn’t represent all Asian thinking, many Asian’s and Chinese people have never read it. Anyway, this book is written 2000 years ago and the deepest roots of Asian thinking is to be found here. The Way of Tao is the basis of leadership courses in China ( also used at Qinghua University in Beijing ).This is too interesting to ignore, so let’s see how S.H. discuss the way it plays with paradoxes.

“Water looks quiet. It doesn’t get noticed and yet is one of the strongest elements: it can erode rock. ( Chapter 78 “Nothing in the world is as soft and yielding as water. Yet for dissolving the hard and inflexible nothing can surpass it” ).

“The best leaders are those who are barely noticed by their own people. When people achieve something, they tend to say that they did it by themselves. ( Chapter 17: “When the Master governs, the people are hardly aware that he exist. Next best is a leader who is loved. Next, one who is feared. The worst is one who is despised”. )

There are two traits that seem contrasting in all these examples ( quietness and strength for the water, unassuming and powerful for a leader ) and they are combined to achieve a perfect balance. Here the author gives us an insight from The Way of Tao and how it can be applied to personal development in general and to the enhancement of emotional intelligence in particular. As leaders we can: “Be very enforcing, so that people know that commitments have to be kept, and at the same time, we can show great empathy to them. Take good care of the needs of our team members, while attending to our needs. And, communicate in a very frank way, not holding back anything, while being very diplomatic, making sure that our message doesn’t hurt our team members or colleagues”.

The author emphasize that although each of these three points is typically seen as a paradox, they can all be resolved. However when we fail to do so, unproductive emotions are typically involved.

In Chinese leadership S.H. say ‘s that emotions still have the illusion that Chinese people don’t have many emotions ! However it’s everywhere and obviously they are not handled the same way by leaders here as in the West.

Let us take a closer look into each of these approaches. The legalistic approach. Han Fei Zi, believed that human beings are natural evil, and therefore ( that ) society needed strict rules and punishments. Ruling with fear certainly taps into the power of emotions ( fear is a strong one ! ) but it doesn’t go much deeper into the emotional field. The strategic approach. Sun Zi, is a famous author in the West now, thanks to the publicity given to  his Art of War. However the emotional aspect of leadership is not really present. Still it is worth reading. The naturalistic approach. Lao Zi and Chuang Zi which are the pillars of Taoist thinking, and focuses on the spiritual development of the leader “The accomplished leader is the one that followers barely notice: almost invisible, unassuming, but nurturing and always present, just like the Tao. The humanistic approach. Confucius, Mencius gets much closer to the emotional field. Here the emotions of followers clearly matter to a Confucian leader. ” The well – known concept of benevolence could be related to what most people would call compassion today ( although benevolence goes much further ). This approach is so interesting and need a deeper look.

S.H: “Also in the Confucian tradition, the conscious use of shame to lead people is practised. Here is a very interesting passage of the Analects: “If you govern the people legalistically and control them by punishment they will avoid crime, but have no personal sense of shame. If you govern them by means of virtue and control them with propriety, they will gain their own sense of shame, and thus correct themselves” ( Book 2, Chapter 3 ). Confucius seems to recommend the use of shame over fear. In the Doctrine of Compromise ( Zhing Young ), for instance, he writes : ” The Master said: ” To be fond of learning is to be near knowledge. To practice with vigor is to be near to magnanimity. To possess the feeling of shame is to be near to energy ( courage ). He who knows these three things knows how to cultivate his own. Knowing how to cultivate his own character, he knows how to govern other men, he knows how to govern the kingdom with all its states and families”.

S. H. say’s that Chinese managers often use this feeling of shame which to obtain results from their subordinates, saying things like “The leaders are expecting a lot from you; make sure that you don’t disappoint them”.

Sebastien Henry, concludes that emotions are not absent from traditional Chinese thinking, but from the writers view emotions are underused as resources there to an even more significant extent than in the West.